Create an Account - Increase your productivity, customize your experience, and engage in information you care about.

Ecological-Oriented Resiliency Lessons From the Netherlands

Local governments across Northern Virginia confront with greater regularity climate-induced stressors such as flooding from sea-level rise and intense storm events.  A particularly complex issue with resiliency planning has been the struggle to balance the design, planning and application of gray and green infrastructure.  For example, how might local governments of the region cope with creating viable public space that also accommodate sea-level rise or storm surge?  Or, how might plans to revitalize bottle-necked stormwater culverts be undertaken that also promote holistic watershed approaches in general and on-site stormwater management and retention?

As our region’s local governments develop resiliency plans, they stand to benefit by drawing lessons from the Netherlands – widely recognized as a global pioneer in the planning and implementation of large- and small-scale holistic climate resiliency policies and projects. 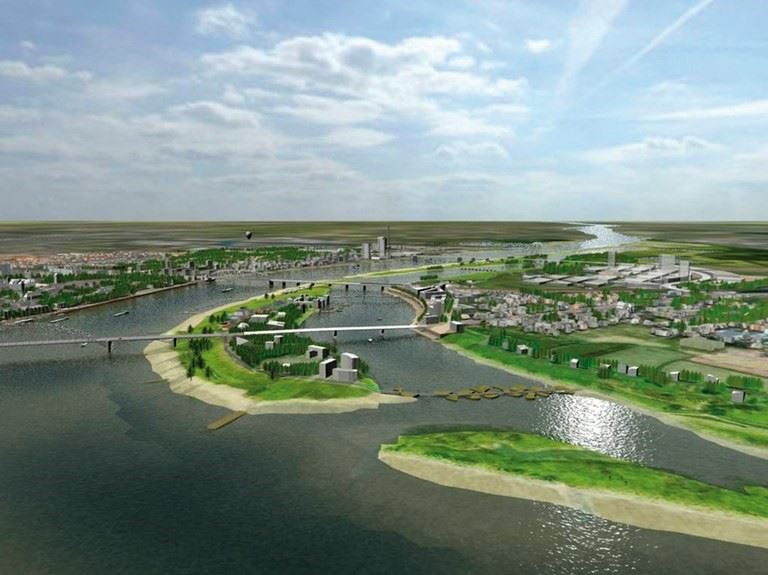 The Dutch towns of (Amsterdam, Rotterdam, Nijmegen) have successfully applied small and large-scale watershed management plans that acknowledge the force and character of water without over-relying on conventional large-scale civil engineering projects.  In these cities, the Dutch have woven nature-based approaches such as living shorelines, bioswales in the context of long-term holistic watershed planning. The outcomes have been successful flood mitigation and the creation of amenities for urban life such as expanded shorelines in urban districts, and natural habitats for wildlife.

To share the work of these pioneering models, Suzan van Kruchten, head of climate for the Netherlands Enterprise Agency, will speak about her work and the lessons for the communities of Northern Virginia working to become climate resilient. 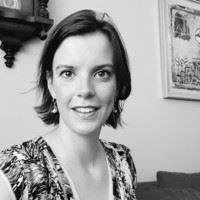 The potential property and human health costs emanating from climate change compel local governments to act with greater urgency.  However, local governments face a predicament between the demand to simultaneously balance development of effective short- and long-term (and often very complex) climate resiliency plans with financial and budgetary stability.

A critical element of this new climate and cost-risk management paradigm is the recent and evolving relationship between local governments and public bond rating agencies.  As local governments plan to address the effects of climate change, they must also take into consideration the growing and evolving roles of debt rating agencies in the arena of climate risk management.

But rating local government debt through the lenses of climate change is very much uncharted territory for both debt rating agencies and local governments. This is due partly to the novelty and complexity of climate change. This complexity also is compounded in Northern Virginia by the progression of new and innovative climate resiliency strategies by local governments and the application of innovations such as ecosystems management, green infrastructure or risk-informed zoning that complement "conventional" or "gray infrastructure" engineering.

To shed light on this unique and evolving relationship between climate resiliency planning by the local governments of Northern Virginia and debt rating agencies, NVRC has invited Kurt Forsgren, Managing Director and Sector Leader for Infrastructure for S&P Global Ratings, and Nora Wittsbruck. Lead Analyst for Local Government at S&P Global, to share their work and expertise on this topic.

Kurt Forsgren.  Kurt is a managing director and sector leader for infrastructure at S&P Global Ratings.  In this role, he works as an industry analyst across the different infrastructure sectors with a focus on supporting the transportation and utilities team on cross-sectoral initiatives such as public-private partnerships (P3s), climate risks and green evaluations globally.

Nora Wittstruck. Nora is a lead analyst within S&P's local government east region team covering local government credits from Maine to Florida.  She also serves as the analytical lead for New York City and on the analytical team for the State of Texas.  She also covers transportation issuers for Miami International Airport.  Prior to joining S&P Global, Nora worked for the State of Florida in the Division of Bonds Finance as a Bond Development Specialist.