The City of Manassas is an independent City which operates under a Council-Manager form of government. The Governing Body is made up of the Mayor  and six Council Members that are elected to serve four-year staggered terms.  The Council selects a Vice-Mayor from its members after each election.

The City Manager is appointed by the City Council to serve as chief administrative officer. 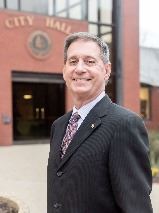